I came across this article on HGTV.com today....Seriously???
Why oh WHY do people still insist that empty frames are fashionable? They were a novelty when they first showed up (what, like 2 years ago???) They can be a great background in store displays or photo shoots. But in a home they are simply lonely and sad. I mean seriously, get some pictures people!!! You can even leave a couple empty and I wouldn't complain. But how boring is a person who doesn't have a single image that is more worthwhile then a wall of empty, lonely frames?

Lookie what I made in woodworking class last semester! I totally love it. I need to get it hung, obviously, but it looks cool even sitting on my living room floor.

I even learned dovetails...I cut those babies by hand!

This is an experiment in blogging from my iPad. I think I need to work on lighting my pictures, but I have high hopes that this will help me post more regularly. We'll see...

- Posted using BlogPress from my iPad

I heard about Lonny Magazine not long after the first issue, and I've honestly been hooked ever since. Do any of you not yet read Lonny? It's a totally free online mag...I probably love it because I would devour interior design magazines, but can't afford any right now...except, I'd probably read lonny even if I had the funds to have dozens of magazines mailed to me every month. For my design class last semester, we had to find lots of pictures out of magazines...I printed all mine from lonny!
Why do I love it? Well...it's awesome :) The rooms are never boring. I think I love every one they show! They aren't "done up just for a photo shoot rooms"...they are places where people (designer type people) actually LIVE. The rooms are full of life, because you can tell the items were bought over time, and are pieces the occupants truly love. Rooms that have evolved to be just what the designer is and loves. I sit and swoon over peoples collections, and think "I need an interesting collection to start!" (I don't collect anything in particular, but I'm gonna find something good soon, I'm sure! Then I'll blog all about it)
So...just because I think everyone should be hooked on lonny...some images from this months issue...

Hello fabulous room! I think I'm very drawn to blue lately, which seems weird since I don't like any of the blue's in our house...and we have a good number of blue rooms...but this room...love it! Colorful, and vibrant, and interesting.

Eggplant and burnt orange??? Yes PLEASE! This room is so soft, but alive and energizing.

Check out the curtains in this bedroom. I think new curtains
just went on my list of things I NEED.
By Heidi at January 20, 2011 No comments:

Birth of a Flute

So, I'm trying to think about what to blog about tonight...and I'm thinking, and I'm thinking....
I haven't created anything recently (we were all sick through Christmas break, and my shop is really cold right now) and I don't have pictures of the nightstand I built last semester (and Mr. Duck already has it cluttered with books, and I don't want to clean it off and make the bed all pretty right now :p ). But I do have a lot of fun projects coming up with the new semester starting. So I'll tell you about this...

(no, I didn't make this one...I took the picture from Wikipedia)
Mr. Duck and I are taking a Native American Flute making class. Fun, hu? I get to learn some more woodworking skills, it fulfills a Fine Arts credit, which we both need for our degrees, we get a cool instrument (or as many as we can make) at the end, and we get to do it together! This guy (clicky!) is our instructor. He's fairly deaf, and a good deal crazy, but a lot of fun, and he knows his stuff. According to a few people in our class that know something about these flutes, he's one of the best flute makers out there.
For our class, we all have to make our first flutes the same key (size), but after that, we can try other keys if we'd like. (I'd like at least one as small as he will let us make and one nice big one, as well as the normal sized one) We can also choose and bring in our own wood to work with. I found a really pretty maple, and Mr. Duck has some nice walnut. I'll have to bring my camera in to class so I can show you pictures as we go along. It should be very exciting.
Oh, I'll tell you what I learned the first day of class....Oak and Pine have absolutely no sex appeal....so don't pick those for flutes. :)
By Heidi at January 19, 2011 No comments:

Bet you all thought I vanished!

Well...I sorta did. At least from the blogging world. I've just been so occupied with school, and then trying to figure out how to keep my house running with my limited time (answer to that, if you are wondering...teach your kids how to run the laundry, and make it their own responsibility to have clean clothes...)
This semester was totally worth it, though! I LOVE being in school, and learning fun new things. I really loved my design class, and gained a lot from it, but my truly exciting fun awesome class was woodworking. I had a blast every day in there! We started with safety and how to use all the cool, big machines without cutting our fingers off. Then our first project was a nightstand (I'll have to get pictures of that one tomorrow to show you cause it's awesome, too) Then we were told we could build what we wanted if we had a plan (either one we found or our own). We've been really needing a good ottoman. I wanted a nice big one. I'd show you a "before" but it was just a pile of boards :) and then I turned them into...

(that's a kid's rocking chair in the back...just so you don't get confused and think I made a truly giant ottoman....It's 3ft square and about 14in tall)
I'm in love! There is something incredibly satisfying in having something made by my own hands.

I even turned the legs on the lathe (which was, hands down, the funnest part of this whole thing...and since I loved making this, that is saying something) They are not all quite the same, but considering it was my first time and I mostly eyeballed the curves, I think they are pretty close. I was a little worried when I decided to use a lathe for this, because I think most turned legs tend to look very traditional or very country and neither of those fit my style. These, I think, lean toward traditional, but the curve is simple enough that it's not quite. Next semester, I want to try to make some candlesticks...and a lamp base...and...(can you tell I have lathe on the brain?...anyone out there want to contribute to my lathe fund so I can have one to play with in my own shop? This is the one I want :)

So, there is some of what I've been up to while I've been not blogging. I'm going to be on Christmas break now, though, so maybe I can get caught up with some projects I managed to squeeze in these last few months.
Linking up to

Lookie! It's a paint booth. :) Only took us three weekends, but we got it done. Did you know they make ultra thick plastic? Well, if I thought about it I would have known...but until I asked the guy at the hardware store what would work for a paint booth, and he was all "plastic" and I was all..."I tried painters plastic and it was a disaster..." and he was all "HAHAHA YOU FOOL! WHAT WERE YOU THINKING!" (ok, not really...) He pointed me to the "6 mil" stuff, which works quite nicely. Eventually I'd like to add a 4th wall, and top and ventilation...but for now, this catches the overspray quite nicely, and I got this....

To protect my lungs while I work in here. Pretty, eh?
Now, if only I'd remembered tack cloth when I bought my plastic, I'd have several finished projects to show you...as it is, I have 3 sitting in the garage, sanded and waiting to be cleaned up properly before they can be painted. I don't have school tomorrow, though, so I'll get them done then.
By Heidi at August 30, 2010 9 comments:

This is what my new dining room would look like in a perfect world!
I've been dying to paint my room Gray forever. I want a neutral background because I want to bring in lots of color in accents and I like to change them up frequently. And gray is less stark then white and less boring than cream. It looks so calming and soft. I think SW Gray Screen would be perfect in our space.
I think my dining table is perfect, so I wouldn't change it up at all, and I have a chandelier very similar to the one here. I'd just need permission from the landlord to switch it out. (I have permission to paint, and switch out curtains...do you think that extends to electrical fixtures?...hmmmm) Then, I'd add ultra modern and colorful dining chairs and layer in colorful, whimsical accessories.
Very eclectic, but the idea feels so "me" and fun and makes me smile.
Art (I love art from The Black Apple!)
Chairs (from my file...anyone have the link?)
vase
candlesticks (from my file...now that I'm planning on doing this on a regular basis, I'll keep better track of these things)
By Heidi at August 27, 2010 5 comments:

I came across this article on HGTV.com today....Seriously??? Why oh WHY do people still insist that empty frames are fashionable? They we...

Promote Your Page Too 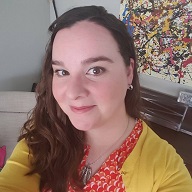 I'm an interior designer, mom, homemaker, homesteader, and wife. What will you find in this blog? Expect a little of whatever tickles my fancy at any given time. From tea to tables, gardening to gadgets, lets see what fun things there are to talk about!